The study, conservation and restoration project for the Painéis de São Vicente Panels (St. Vincent Panels) is the result of a patronage protocol, for three years, from 2020 to 2022, signed between the MNAA, the Grupo de Amigos do MNAA, DGPC and Fundação Millennium bcp.
In addition to the participation of the MNAA team of conservators-restorers, this project includes two elements specifically contracted for this intervention, with technical support from the Laboratório José de Figueiredo and the Laboratório Hércules of the University of Évora.
Reinforcing the team, there is also a group of international consultants that includes conservators-restorers and art historians from the University of Ghent (Belgium), from the Central Institute of Restoration of Belgium, from the National Gallery in London (United Kingdom), from the Metropolitan Museum of Art (USA) and the Museo Nacional del Prado (Spain).
Since late June, and despite the public nature of the restoration, the visitors can witness the restoration live behind glass in the Museum, the restorers are not permanently present in the workplace. 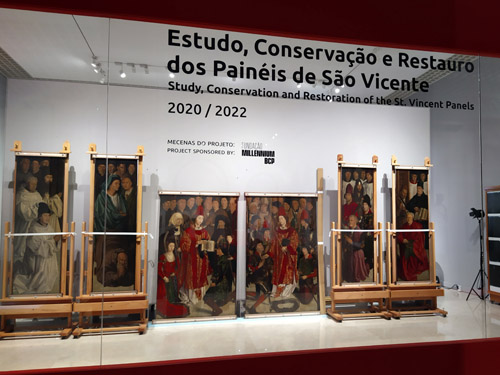 A major work of highly symbolic importance in Portuguese culture and a unique “group portrait” in the history of European painting.
The six paintings attributed to Nuno Gonçalves present a group of 58 people gathered together around the double figuration of St. Vincent. A solemn and monumental assembly, representing the Court and various groups of Portuguese society at that time, engaged in an act of veneration directed towards the patron and inspiration of the 15th-century military expansion into the Maghreb.
In this ceremonial picture, these figures, depicted in clearly established volumes, and characterised not only by the expressive look of concentration on their faces and their attitudes, but also by the sophisticated pictorial definition of their costumes and accessories, seem to combine the purposefulness of an evocative narration with a contemplative vision.
Although any complete understanding of the intention and significance of this work still remains quite problematic, it is believed that the author of the panels was the royal painter of King Afonso V, Nuno Gonçalves, and that they originally formed part of the altarpiece of St. Vincent in the chancel of Lisbon cathedral.


Website about the Conservation and Restoration of the Painéis de São Vicente (by PÚBLICO):
https://www.publico.pt/culturaipsilon/paineis-sao-vicente 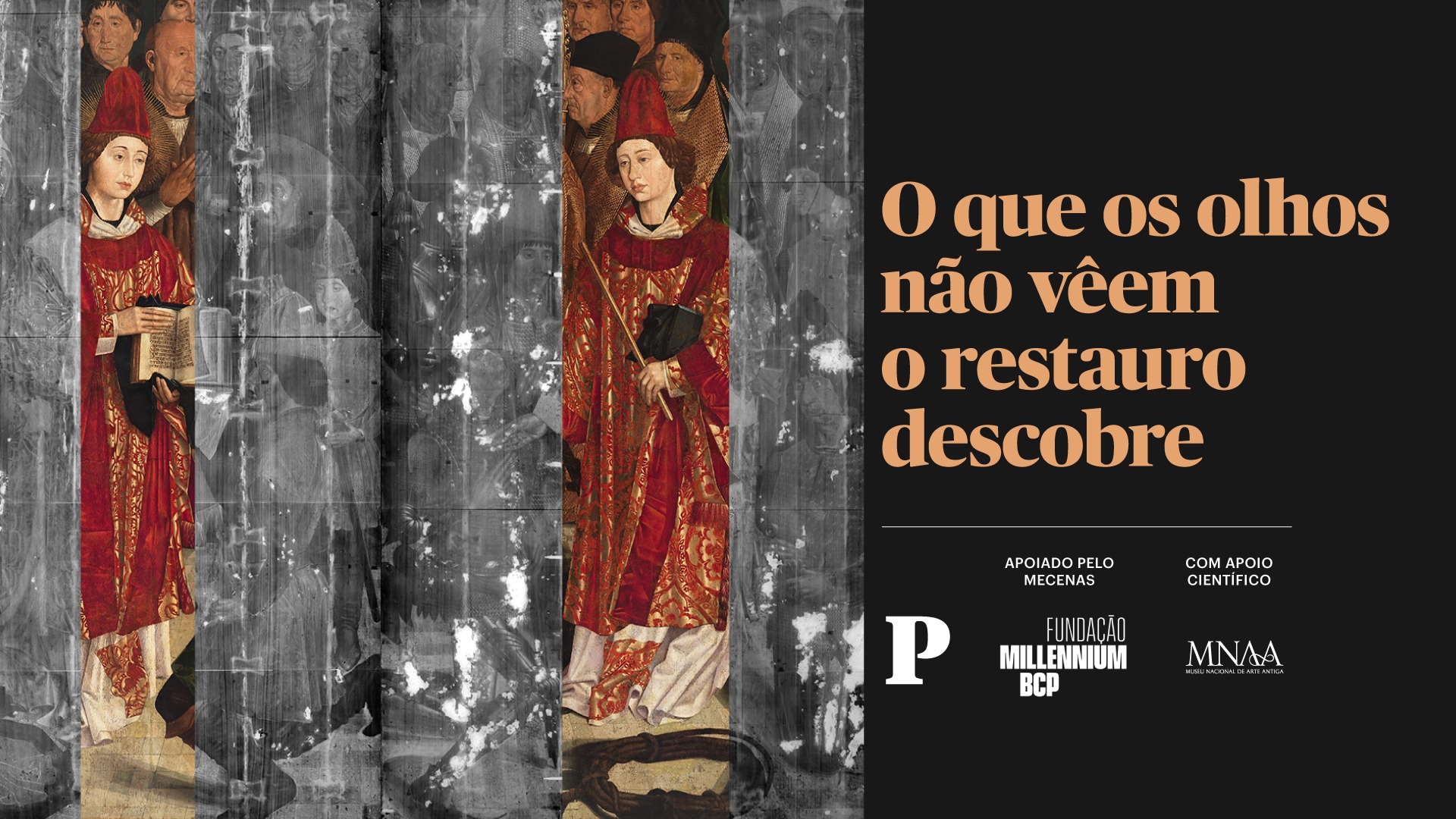 The Fundação Millennium bcp is a long-standing partner of the MNAA in terms of support given to important projects in varied areas, both in an exhibition context and in conservation/restoration, study and research campaigns carried out by the Museum.

Examples of this invaluable support are the crowdfunding campaign for the acquisition of the painting The Adoration of the Magi, by Domingos Sequeira, including the conservation and restoration campaign of the artwork. Most recently the partnership in this patronage protocol for the study and restoration of St Vicent Panels, a major work of Portuguese painting, is assumed by Fundação Millennium bcp as an essencial component of the national identity and culture.