Continuing the project to present European paintings from the Maria e João Cortez de Lobão collection, one of the best works by Luigi Miradori, known as Il Genovesino (Genoa c. 1605-Cremona 1656), the most important painter active in Cremona during the 17th century. Miradori was trained in Genoa, influenced by the neo-Caravagesque painters who dominated Genoese art at the time, such as Vouet, Gentilleschi or Strozzi. His painting took on another dimension when he settled in Cremona and benefited from the protection of the city's Spanish governor, D. Álvaro de Quiñones, whose painting collection enabled him to come into contact with the great Spanish masters of the Siglo de Oro. João Damasceno, from around 1648, one of his best works, is a painting of enormous theatricality, in a wide and complex composition in which the painter himself portrayed himself. 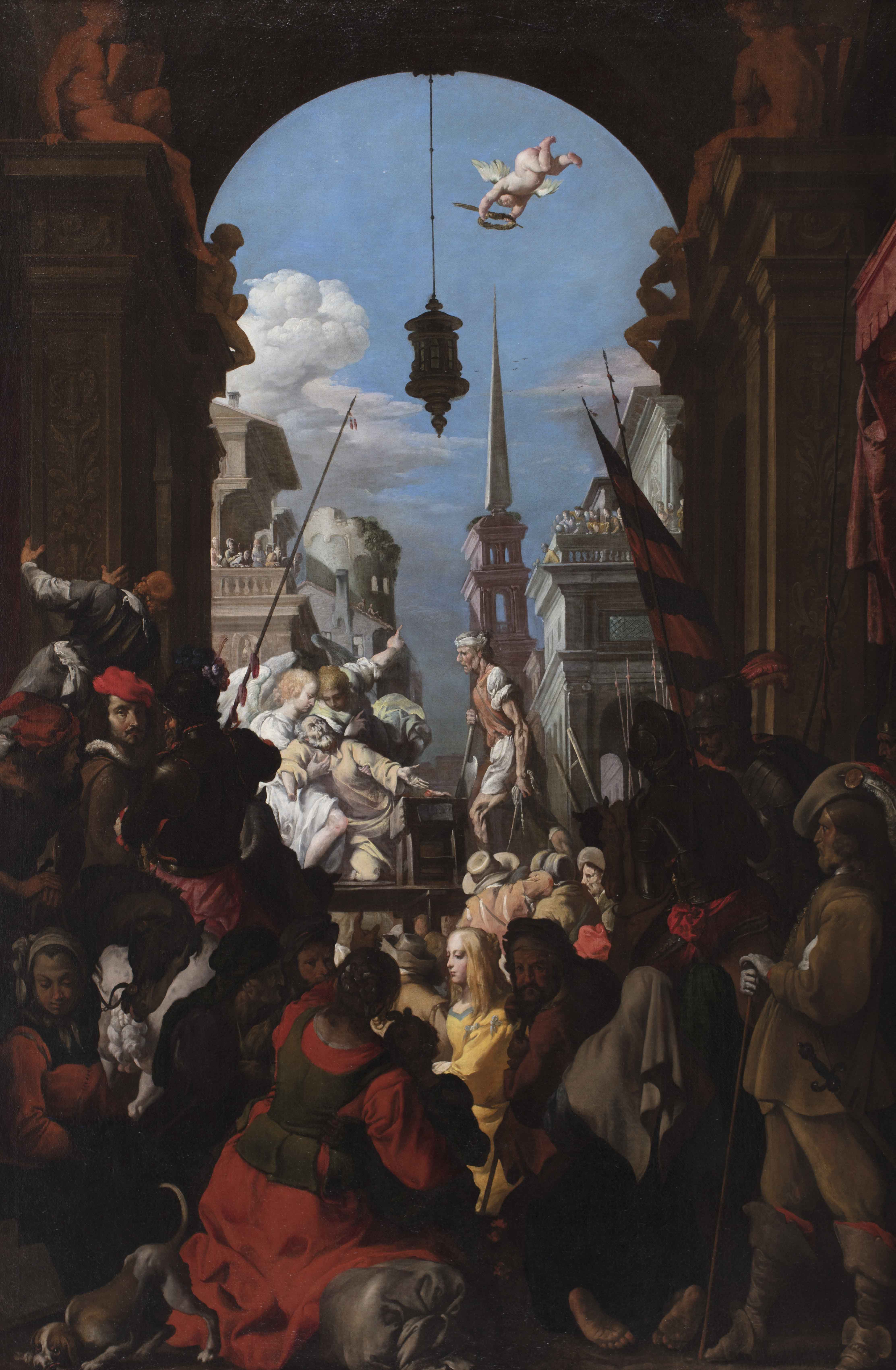