Born in Madrid in 1600, Juan Andrés Ricci began his artistic training with his father, the Italian painter Antonio Ricci of Ancona,who moved to Spain with the artist Federico Zuccaro. There, Juan Ricci joined the Benedictine Order in 1628 – becoming known as Fray Juan Ricci – and was later responsible for important paintings in the monasteries of Silos, San Juan de Burgos, San Pedro de Cardeña, Medina del Campo and San Millán de la Cogolla. In 1662 he left for Italy, where he died in 1681.
With broad interests – he was also a treatise writer and an architect – he explored the resources of the tenebrism style, with accentuated contrasting effects of light and shade in paintings mostly on religious themes.
Although mutilated and having undergone some inpaints, this artwork displays Ricci’s taste for a particular composition of the human figure. Like other artists and probably inspired by Velázquez’s Rendition of Breda, he depicts the characters in his paintings in an inclined, dynamic angle. Another significant characteristic of The Messenger is the tonal environment, dominated by browns, and the dark background from which the character emerges, delivering a message, certainly with an allegorical intent. 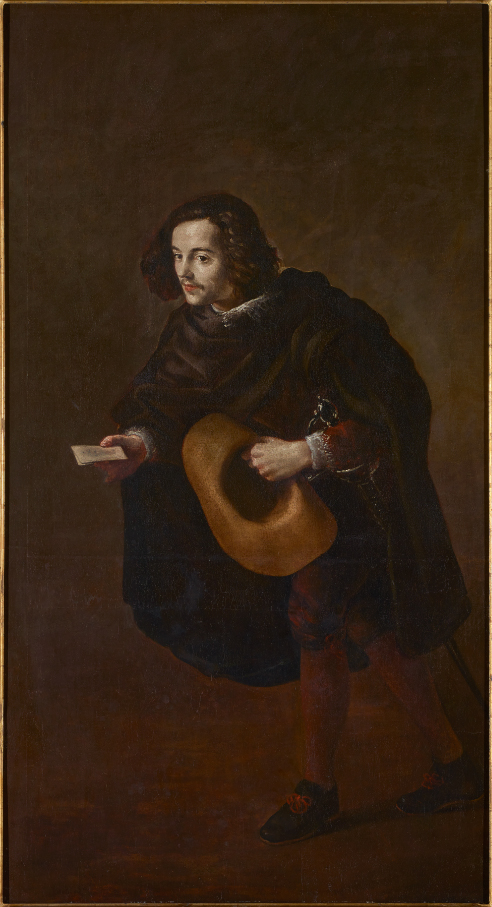